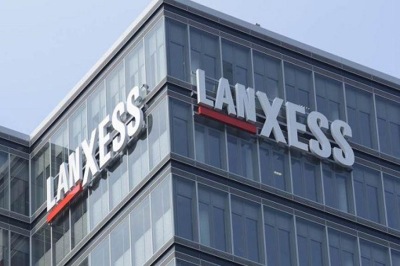 Specialty chemicals company LANXESS continues to target growth. During the next three years, its business unit Advanced Industrial Intermediates will be investing some EUR 100 million in expanding production facilities for chemical intermediates. Around EUR 40 million each will be invested in the Leverkusen and Krefeld-Uerdingen sites in the federal state of North Rhine-Westphalia. The rest will be used to expand the facilities in Brunsbüttel (federal state of Schleswig-Holstein), and Antwerp (Belgium). The expansion project is scheduled for completion by 2020.
“Organic growth is a key success factor as new LANXESS heads forward. This investment program accompanies the dynamic development of our customers and their sectors. A high proportion of the planned new capacities is already backed by customers’ orders. At the same time, we are also strengthening our sites,” said Hubert Fink, Member of the Board of Management of LANXESS AG.
At the Krefeld-Uerdingen site, the plan is to expand production facilities for trimethylolpropane, hexanediol,  benzylalcohol and menthols to accommodate growing demand on global markets.
Trimethylolpropane and hexanediol are important for products in the automotive, furniture and construction industries, for example.

Benzylalcohol is used in a broad range of applications, e.g., Construction, Soap, Coatings, Seals & Adhesives, Agro and Pharma Besides Krefeld-Uerdingen, Lanxess manufactures Benzylalcohol at its Nagda site in India.
“Benzylalcohol is one of the key products in the business unit Advanced Industrial Intermediates’ portfolio where LANXESS holds global market leadership positions. We service customer demands around the world from our production sites at Krefeld-Uerdingen in Germany and Nagda in Madhya Pradesh, India”, said Mr. Neelanjan Banerjee, Senior Executive Director, LANXESS India Private Ltd., and Senior Vice President, Business Unit-Advanced Industrial Intermediates (AII).
Synthetic menthol is a key component of many aromas and pharmaceutical products. LANXESS had already started gradually increasing the capacities for these products in recent years. Now the company is planning new expansion measures. Construction work is set to commence during the coming year.
At the Leverkusen site capacity expansion for special amines is scheduled to start this year. Special amines are mainly used as intermediates for further processing and ultimately in the automotive sector.
LANXESS will considerably increase the capacity of the MEA plant at Brunsbüttel in the course of the year and will invest up to EUR 15 million for this purpose. The abbreviation MEA stands for 2-methyl-6-ethylaniline, which is required mainly as a precursor for crop protection herbicides.
At the Kallo/Antwerp site in Belgium, LANXESS will be investing a mid-single digit euro million figure to expand its production capacities for rubber chemicals.

The Advanced Industrial Intermediates business unit employs around 2,100 workers and is one of the world’s leading manufacturers of high-quality industrial chemicals. Aromatic compounds play a prominent role in the product range. The aromatics network forms the core of production and is regarded as the largest of its kind worldwide.
LANXESS’s high-quality intermediates are primarily used in the manufacture of agrochemicals, polymers, paints, coatings and pigments. Further important applications include cosmetics, flavorings, fragrances, fuel additives, lubricants, tires, technical rubber goods and construction chemicals.
The business unit is part of LANXESS’s Advanced Intermediates segment, which recorded sales of around EUR 1.74 billion in fiscal 2016.